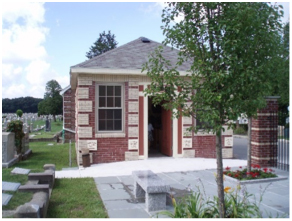 The Jews of Quincy, Massachusetts

In the 1950s the Quincy Point section of the city had a robust Jewish presence. It had an orthodox synagogue, a kosher grocery and butcher shop and a Jewish Community Center. By 1962 Quincy had four active synagogues. But by the 1970s and 1980s much of the community moved on for the nearby towns of Milton, Sharon, Canton and Hingham. The last Jewish synagogue (Temple Beth El, formed in 1950) in Quincy closed its doors in 2012.

In spite of the declining population of Jews living in Quincy, the Quincy Hebrew Cemetery has thrived since November 30, 1935 when it was incorporated.  The cemetery was founded by members of Quincy’s Jewish community and remained an independent cemetery association for 60 years.

In 1999 the Jewish Cemetery Association of Massachusetts was asked to take over the cemetery due to an aging cemetery board that had little resources to maintain the cemetery. The cemetery came with a small endowment which barely covered the maintenance and care of the grounds and its deteriorating chapel. In 2008 a generous donor spearheaded a fundraising effort to raise $250,000 for the restoration, beautification and perpetual care of the Quincy Hebrew Cemetery, the rehabilitation of the existing chapel in memory of Mort Bernstein, and the creation of a new prayer garden, including sprinkler system and washing facilities. A rededication of the cemetery took place on August 3, 2008.
The Quincy Hebrew Cemetery has been transformed from what was a poorly managed burial ground and abandoned funeral chapel to a well-maintained place of quiet reflection. 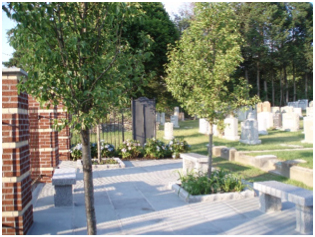 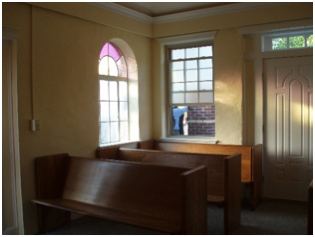