Rabbi Samuel Mohliver (1824–1898 Belarus), was a rabbi, a pioneer of religious Zionism. He helped found the Hovevei Zion movement in Warsaw and later the Mizrahi movment. 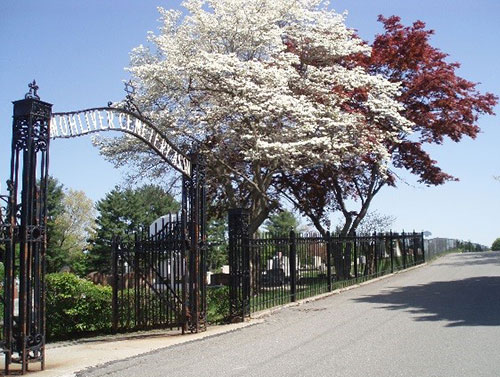 The spring foliage makes for a stunning entry.

Mohliver was made the rabbi of Białystok in 1883 and worked to promote Zionism by convincing Białystok's Jews to move to Petah Tikva, then a struggling settlement in Israel.

Mohliver insured that Jewish farming in Israel complied with Jewish laws and tradition by setting up a rabbinical committee to oversee it. Mohliver had successfully inspired the amalgamation of traditional Jewish orthodoxy with practical Zionism.
His last letter to the Jews of Russia before his death urged them to work to achieve a deep attachment to the commandment to settle in Israel, which he said is “the foundation of the existence of our people.” Kibbutz Gan Shmuel was named after Mohliver.

Established in 1925, the Mohliver Progressive Cemetery Association was a very active, independent, fraternal cemetery association that took great pride in the care and maintenance of its cemetery. There is a very well maintained chapel on the grounds of the cemetery that was the meeting space for the association’s board of directors. 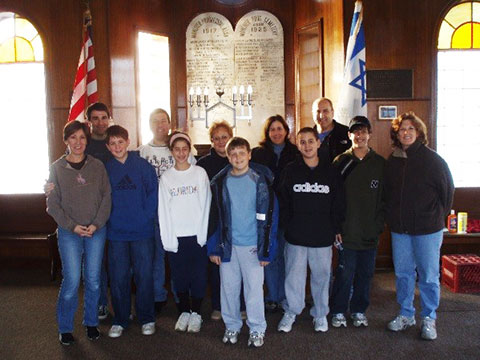 Inside the Chapel at Mohliver Cemetery.

When the board could no longer find successive to maintain the cemetery, they turned to JCAM to manage it for them.  In 2000 the cemetery became a JCAM merged cemetery where its endowment was transferred to JCAM, thereby becoming another JCAM owned. Today, the cemetery’s chapel is used in conjunction with JCAM’s cemetery education programs.